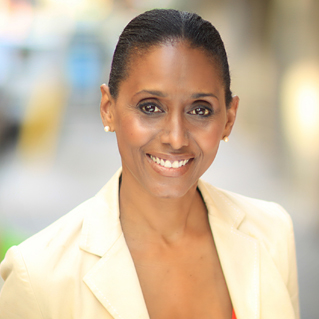 Sally Stewart is an entrepreneur and professional actress of screen and stage. She has performed with some of the most phenomenal talent in New York City including Ruby Dee, Malik Yoba, Jerry Orbach and Benjamin Bratt. Ms. Stewart has had guest appearances on “The Sopranos,” “New York Undercover,” and all three “Law and Orders . She is also a professional acting coach.

She organized and hosted the first annual “Celebrity Holiday event for Foster Care” in partnership with Saint Vincent Services w/ her Ex-­husband Chad L. Coleman from HBO’s “The Wire” and currently “The Walking Dead”. She is a trained teaching artist and is dedicated to using the arts and education to transform and expand the lives of inner city youth. During the summer of 2007 she was inspired to create “The Gift” an original collection of scenes and musical productions, with students ranging from age 12- 16, in comparing life on the streets of Brooklyn, with events in Darfur through the eyes of inner city kids. As a result “Help Darfur Now” recognizes these children as a Chapter in the fight against Genocide in Darfur. She most recently dedicated April 2012- November 5th 2013 in helping to elect Brooklyn’s first Africa American Borough President Eric Adams.
Lastly, she is a leadership coach with Synergy Education in NYC. Her hope is to bring the work to Brooklyn’s inner city families to create a legacy of change.