The Power of Context 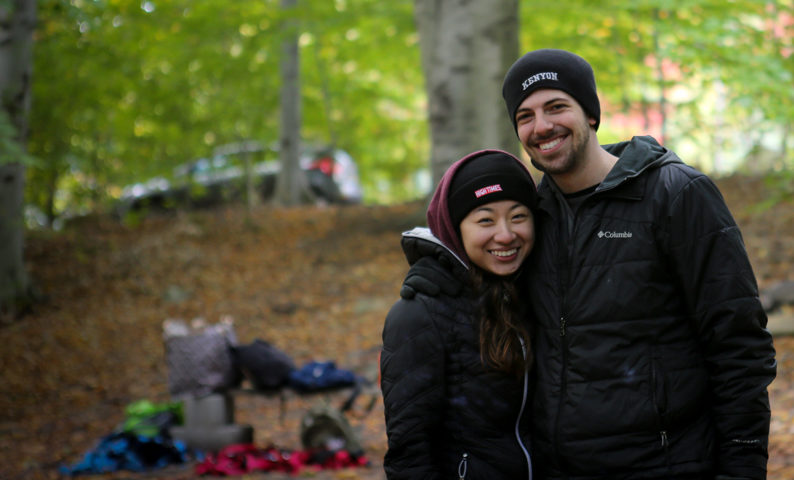 I used to tell myself stories to help me fall asleep. For most of my life, these stories were about the girls I wanted to be with and our “happily ever afters.” They began fantastical, but as time progressed they became more grounded in the present. Imagined conversations, actions, and futures flooded my imagination. Yet, my reality remained unchanged.

Indeed, instead of transmuting these dreams into reality, I ran from reaching them at every opportunity. The amount of running I did in my personal life is nearly comparable to the eight years I spent running track. It was if the starter’s gun went off at the very sign of a potential relationship. In my mind, I was never worthy of the girls I was interested in or fell for. I never imagined they could actually like me, so when they did I found every reason not to believe it. Of course, this was all subconscious, and I spent many months mourning lost friendships or unrequited loves, wondering what I was doing wrong.

At a certain point, my tendency to run became ingrained in how I went about my romantic life. Always afraid of a relationship ending in failure, I ran even from the good. That was until I began the Synergy curriculum. I arrived in the Basic looking for a passion to drive a new career. I came out of it on a journey into romance, along a path I had never dared tread before. I met Debbie Li the first night of the Basic. She closed out my evening asking a familiar question in her honey-sweet voice:

“Has anyone ever told you that you look like Schmidt from New Girl?”

I’d heard the question before, but somehow this was different. What’s emerged from that simple introductory question is a relationship built upon the principles of Synergy that have helped Debbie and I face my tendency to run and haul me back. It was not an easy road. Indeed, there were more than a few times when the magnetic pull of running away nearly dragged me from the potential of this relationship back to the place I started: that dreamland where reality was nothing compared to the creative world existing in my mind. Instead, Debbie and I have crafted an even greater reality than that dreamland. No longer does the mistrust that plagued my previous romantic endeavors exist. I’m now in a relationship where I trust completely.

With the help of the Synergy curriculum, I’m now able to be comfortably myself with a woman in a romantic way for the first time. Worries of inadequacy or the inability of love are like distant memories, nearly forgotten. I can recall the pain they caused and now see the bliss of having left them along the path Debbie and I are traveling. Without the tools explored in Synergy, I would not be in such a loving relationship with Debbie. Indeed, I don’t want to imagine the journey it would have taken to achieve this level of comfort, love, and communication without it.

I arrived at Synergy in search of a new career, and I’ve left in love with someone who loves me just as much. I could never had imagined this outcome. It was not one of those stories I created in my mind. For such a relationship is not something that can be created within the confines of one’s own mind. No, such a thing of beauty is built by two people. Two people who hold each other up in times of stress. Two people who share their deepest thoughts. Two people running through life together.

When I began casually dating about four years ago, I was proudly single and flaunting it. The irony lies in that I was an avid user of dating apps. Tinder, OKCupid, Bumble, Coffee Meets Bagel – if an app existed, chances are, it was installed on my phone. Some weeks, I’d go on 3 dates. Other weeks, none. I live in New York City! What else do you do as a young, twenty-something female in the city of young, single, and ambitious men?

Despite being on all the dating sites available, I was not looking to settle down. If the right person comes along, I’ll settle down, I told myself. But the “right person” never came along. So I would confidently broadcast to my friends that “I’m just looking to have fun!” If I really wanted to confide, then I gave the excuse, “I just don’t want to commit.” But then dates began to feel dreary. I could not grasp why the “right person” could not just come along and sweep me off my feet and out of this dating misery. But I crossed off every guy that seemed “decent enough” and thought, there might be someone better out there. Along with, All the good ones are taken. This one’s too quiet. This one talks too much. I came to the conclusion that my standards were too high, and I was just waiting for the right person to meet those standards.

As a result, I created a relationship in my mind that would never exist.
On Thursday night of the Basic, my world began shifting. The person whom I was to spend hours laughing with, whose family I would eventually meet, and the one who would delete the dating apps off my phone, was in that room, Training Room A – on July 23rd, 2015.

I just didn’t know it yet.

In our early dates, I played a similar role to the one that I played on all my previous dates. I was not myself. I did not know how to be myself on a date. And not just on dates, but in all areas of my life! After venturing further into my Synergy journey, I was able to discover what was holding me back from having a great relationship. After that was out of the way, I was also able to see what else was stopping me from “finding the right person.”

And there it was: I was pushing everyone away. It stemmed from my conversations of not mattering, not thinking that I deserved them, and not being good enough. I constantly collected evidence to assure myself that this was true. So I drew up a shield and put up a wall – which I believed kept me safe and protected from being hurt. In the end, the only person I couldn’t protect myself from – was myself.

Having shared my Synergy journey with Jake, we both were provided with the tools to work through the issues and challenges that came up.  By being courageous, vulnerable, and open, I put those conversations on the table early on. By having done so, not only did I get the opportunity to acknowledge what was going on, but he had also been able to support me in working through them.

Six months later – today – I am in the best relationship I have ever had. Jake is not only the person I am romantically involved with, but he is also my best friend. We both have had our own issues in the relationship sector, which have made it challenging for both of us to be in a committed relationship, up until now. (P.S. I was not the only one running away!)

I am no longer waiting for the right person to come along. I choose to be with Jake everyday – by letting him in, over and over again. I still find myself running away when I hit a bump, but collecting evidence for it has become a passing joke. We’ve learned to communicate what’s been working for us, what hasn’t been working for us. We express thoughts that are holding us back from each other, so they are not given a chance to brew into something bigger. I have also learned to love, to be flexible, and to forgive. He has also shown me what it is like to be loved, and that love continues to give me warm and fuzzy butterflies.

I am well aware that we wouldn’t be where we are today without Synergy. Not only because we met there, but because the workshops have shown me what can be created from commitment. What it means to choose and commit in an extraordinary way. From that, I’ve been able to push boundaries and blossom inside of the healthiest and most beautiful relationship with Jake.